Newlyn School of Art is a name that evokes the halcyon days of figurative painting in the area, and the famous names we associate with that period are known and respected the world over. But don't be confused, the school we're talking about only opened last year. In fact, this is the first and only place of art training to have used this name, and for many reasons it might not be what you perceive it to be. 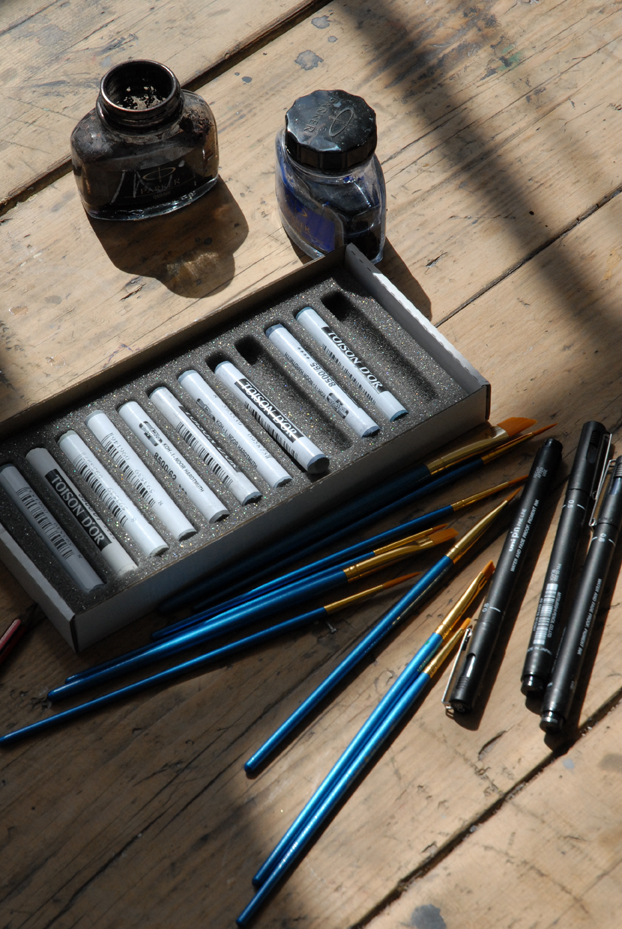 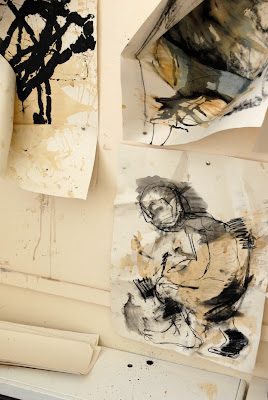 Perched on the higher reaches of Chywoone Hill, coincidentally just a short walk from the site of Stanhope Forbes' studio, Newlyn School of Art is housed in a former primary school, leased from the Stevenson family. The old building retains much of its character and period features including the enormous windows that allow plenty of that famous Newlyn light to pour in. The teaching space comprises a large drawing and painting room, and a print room, separated by the original partition doors, while eight other rooms are leased as permanent artists' studios. The courses are many and varied and embrace the principal disciplines of fine art: painting, drawing, printmaking and stone carving, with the latest project being a series of two-hour Life Drawing Evening Sessions on Wednesdays, taught by a roster of well known local working artists. 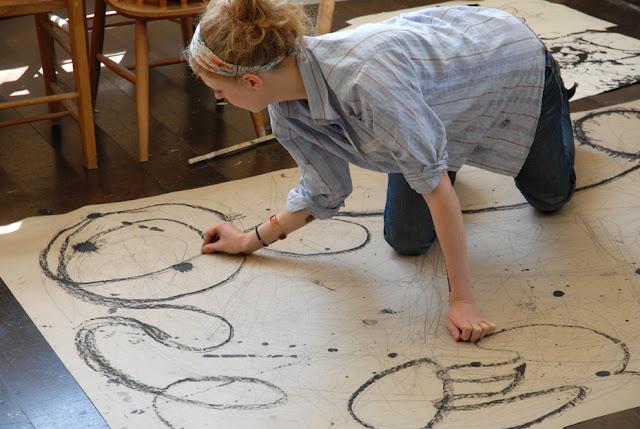 That there is such an art school in Newlyn would seem natural; part of our heritage and something we could easily take for granted. But its recent presence is only due to the bloody minded determination of one person, the School's founder and sole proprietor, Henry Garfit – a man with a vision.


A painter and printmaker himself, Henry relocated to Cornwall nine years ago to pursue a full-time career as an artist. It was an irrational and instinctive move, and to complicate his dream he was initially unable to find a studio space to rent. After a lengthy search, he came to the simple conclusion that there was a chronic lack of artists' studios in West Cornwall. Official statistics at the time stated that over 10,000 creative people were working in the county, but where? But rather than submit to the shortfall, the problem stoked his entrepreneurial spirit and, putting his brushes aside, Henry set himself the mission of righting this wrong. After much effort, including an abortive attempt to takeover some barns near Land's End, Henry was close to exhaustion when he happened to bump into a member of the Bolitho family (owners of Trewidden House) on a sleeper train to London. This chance meeting, and the subsequent negotiations, gave birth to Trewidden Studios; a collection of 15 self-contained studios on the outskirts of Newlyn, opened in 2008. 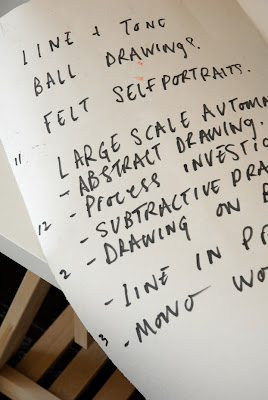 Motivated by the idea of upgrading the circumstances of local artists, and given new momentum by the success of Trewidden, Henry's ambitions grew into the formidable idea of founding a school. He knew that many local artists already relied on teaching work to supplement their income, but the commitment they must make can be detrimental to their artistic work. Henry's plan was to create a school where each artist's input was moderated to a manageable level; offering only short courses (a maximum of four days), allowing them to balance the teaching alongside their own artistic careers, but also ensuring that their input into the lessons is spontaneous and fresh. With an Arts Council grant secured, premises located and a ready-made name to use, he set about making his school a reality.

The novel concept was greeted enthusiastically by artists (none have declined the opportunity at the school thus far), and for many the teaching process has proved a healthy experience; an opportunity to verbalise their processes, share ideas and step out of the introspective world of their own art. Students too feel the benefit, with the chance to work with well-known artists, and by receiving passionate teaching from an experienced working practitioner.

The School's name is embedded in history, and there is a satisfying sense of continuity from past to present, but its links with those venerable ways have been loosened; the teaching style errs on the side of progressive. While key traditional skills are taught here, classes can be informal, free-form and often unconventional, depending on the tutor. While we were there, Sam Bassett's Experimental Drawing class was in full swing, with students painting with balls and sticks, and drawing with their eyes closed. The structure of courses is less rigid too, with students able to attend just one class, rather than having to sign up for a term's worth of lessons. It is this flexible and relaxed approach that gives the school its character and its niche, allowing it to sit comfortably alongside existing courses in the area. 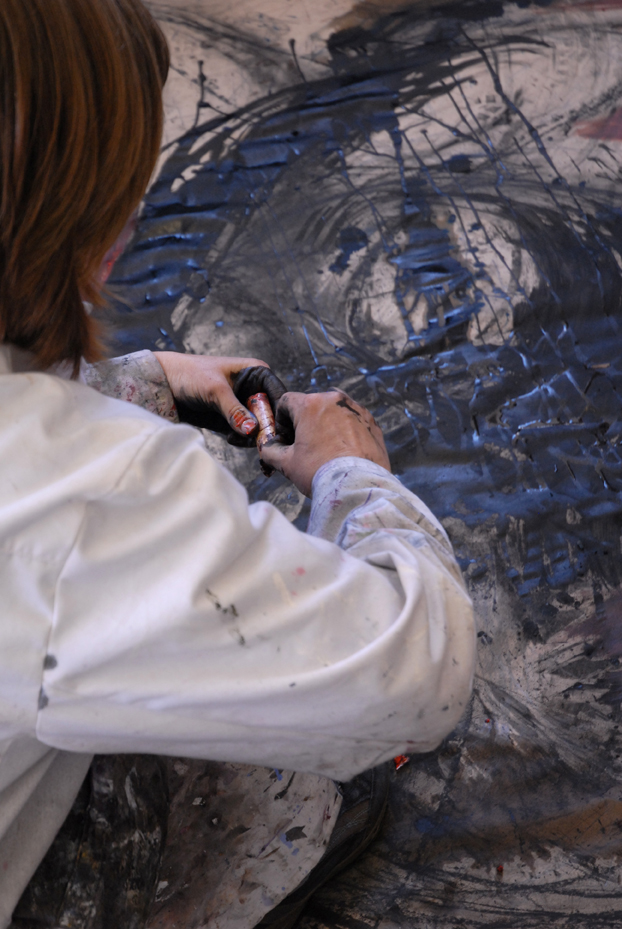 But who comes to learn? Student ages range from 16 to 86, and the level of experience present in any one class can span from professional artist or MA student, to the dabbler or the recipient of an Art School gift voucher who has yet to wield a brush. In short, anyone is welcome and all can benefit from the inspiration offered. And budding artists come from far and wide, enticed by Newlyn's art heritage, but Henry is heartened to see that the school is also being supported by locals; during the winter, 90% of the students were Cornish folk. Equally encouraging has been the support from local art bodies, which has been uninhibited; productive links have been forged with Penlee House Gallery and Museum, Newlyn Art Gallery and The Exchange, as well as Tate St Ives. 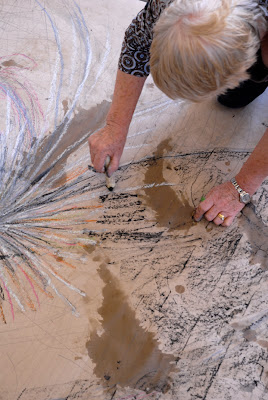 With all this positively buoying it along and a fifteen year lease in the bag, the potential of the School is limited only by Henry's energy. Even the building itself offers further scope; there are plans afoot to renovate further rooms to create a lecture space and a darkroom.

Living where we do, art is an integral part of the community. Now here's the chance for us all to learn, improve, test our under-exercised creative muscles, or just have fun being an art student for a day or two.